Since I’ve been busy writing and working on other things, I thought it appropriate to simply repost a blog I wrote a while back for The NUAT Experiment, a short film project that is currently on the back burner. I’m not going to edit it, so a couple things may land out of context for you. But head over to the NUAT blog, and things should make sense. Thank you for your patience (or if you’re annoyed with me…tough).

When Jes Bickhart approached me with this project, it was essentially a seven minute gun fight with a twist at the end. Think a low-budget “Shoot ‘Em Up” with less story and fewer Loony Tunes references. 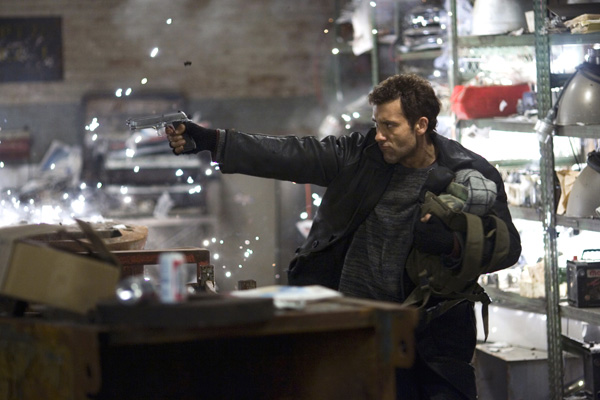 Bugs Bunny, I mean, Clive Own in “Shoot ‘Em Up”

For the budget he was suggesting and the amount of work it was going to take, I told him he really wanted a piece that he could send to festivals and try to get some recognition as opposed to a Hey-Look-What-I-Can-Do-In-After-Effects piece. He said, “Okay. Rewrite it.”

And thus began Now Upon A Time.

Screenplay as the Human Body

As writers, we often refer to the process as similar to giving birth and our stories or scripts as our children, our babies. But I’ve never seen the screenplay, or other type of story, described quite like this before.

The story, like the human body, is made up of essentially 4 parts:

Just as the human body cannot exist without a skeleton, so a story cannot exist without a solid structure. If the structure is not solid, and correct, then the story itself will just be a blob of stuff happening (just like if there’s no skeleton, you have a blob of flesh lying in a pile; or if the skeleton is malformed, you have a body that doesn’t function correctly and causes trouble and pain your entire life). This is why a beat outline is so important. You have to have the BONES of the story before you start laying the meat on it, especially in screenwriting, where structure is everything.

For Now Upon A Time, because it is a Fairy Tale, I fell very easily into John Eldredge’s Four-Act structure as he describes in his fantastic book Epic.

At 104 pages, a must read for all writers (regardless of your religious affiliation)

According to Eldredge, the Four-Act structure is:

This structure is illustrated in just about every blockbuster film ever made, including Eldredge’s two primary examples Braveheart and Titanic. While I would LOVE to go deeper into this theory on structure, this isn’t the time, BUT if you would like to hear more about it, let me know! I’ll try to do a follow up blog later.

Important note: Endings! Every story has one correct ending. There may be plenty of good endings, but only one CORRECT ending. The correct ending is the one that leaves you sitting in the theater even after the credits are done, trying process just how awesome this thing was. It’s the one that leaves you incapable of describing to your friends why they should go see it and instead resort to the, “Just go see it!” thing you hate hearing yourself. Of course, this means that even all those good endings are wrong if they are not the CORRECT ending. A Good ending makes you go, “That was fun. I enjoyed it. What should we do for dinner?” Forget the bad endings. Those are the ones that make you say flatly, “Um, what the something-or-other was that?”

Of course, even with a perfect bone structure, without a good muscle system, a body still cannot function properly, and as every athlete knows, the stronger the muscles, the better. (Not “bigger the muscles,” STRONGER; an important distinction.) This is what happens at the treatment phase of writing. Because of the structure, you know where the Hero faces off against the Villain, but what does that face-off look like? Is it a sword fight? A duel of wits? A spelling bee? Your choices here can make or break your story and your structure. This is where you build your characters and how they make the choices you decided they would make back in the beat outline.

Again, if you don’t get the content, the muscles, right, the story cannot function the way you want it too.

A Classic Blunder: Not spending enough time on the STORY (not a problem with this classic)

Far too many people jump right into this step. They just start writing their screenplay or novel or whatever, thinking they’ll simply let it flow. After all, you always hear about the story “writing itself,” right? Bull crap. Sure, inspiration can come out of nowhere and surprise you as much as the audience, but that happens at the outline phase, not this phase. If you start at the skin level, it’s like falling in love with a magazine cover. Sure, the Cover Girl is smokin’, but try taking that magazine out to a nice dinner. The conversation will be flat, your date won’t be able to stand up by herself, and everyone will look at you like you’re a complete idiot. DO NOT START WITH THIS PHASE!

(There are exceptions to every rule, but I’ve never met an exception to this one. However, you are allowed to go back a step. Often times, during the scripting process, you’ll realize that your structure or your content needs to change. That’s okay! Just don’t try to change it in this phase. Take your time and step back. It’s better than trying to soldier on with a broken leg.)

I don’t care what you believe religiously or otherwise. It’s too obvious to me that the human body cannot live without a SOUL. 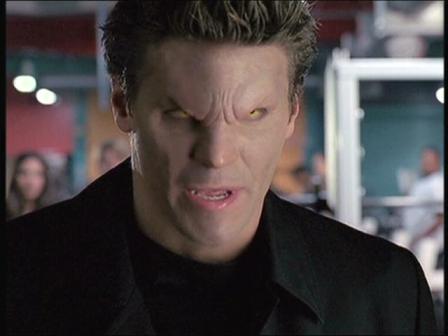 Just as the human body needs a Soul to live, so a Story needs a Soul. What is the Story’s soul? It is that thing which makes it ETERNAL. Why is It’s A Wonderful Life! still one of the most watched Christmas movies? Why do high school classes still read Romeo & Juliet and The Iliad? Why are we still drawn to antiquated, “politically incorrect” Fairy Tales over and over again? Because there is something about these stories that is ETERNAL. Something about them taps into something inside of us and won’t let go.

This is what makes a Classic.

Unfortunately, this is a bit of an X-Factor as well, and unique to each individual story (just like us human things). It’s A Wonderful Life! deals with the theme of Purpose and the question of “Why am I here?” and is an undisputed classic and just plain great film. The anime Neon Genesis Evangelion deals with the same themes and questions and is complete crap. 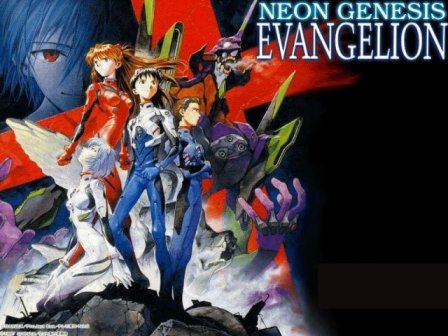 The question asked is “Why am I here?” Life answers this correctly; Evangelion does not. Life says that we all indeed have a purpose. Evangelion says we’re just accidents, or worse, mistakes.

Life‘s answer to this question taps into a core truth we all know deep down, and Evangelion says that that truth is a lie. Consequently, one is a classic and the other is not.

(No, I will not get into a discussion on Evangelion. Save it for later.)

What does all this have to do with Now Upon A Time? Everything.

During discussions with Jes on how to make this piece a good story as well as a fun action piece, we settled on fairy tale as the best story style for this medium. Fairy tales (not to be confused with “fables”) are often extremely short and intended to make a point while still being entertaining, just like our little film. So, going through the steps and parts of a story…

First, the Structure. How is a fairy tale structured? Most of them go something like this. “There once was a Beautiful Princess. She was captured by an Evil Witch. A Hero came to her rescue. They lived happily ever after.” So many fairy tales, and so many STORIES, are simply variations on that basic story. So, that was our story! Pretty much beat for beat, that IS Now Upon A Time. It incorporates all Four-Acts and even carries with it the themes that make fairy tales so Eternal.

Next was the Content. We already had the basic idea of how the battle should play out, including the twist at the end. Now we had to incorporate the fairy tale element. The “treatment” for this film was essentially the narration. “Once upon a time there was a beautiful princess.” Following the structure above, I wrote a simple fairy tale narration that would contrast excellently with the modern battle imagery occurring on screen. Once the narration was set, I wrote the screenplay.

Screenplay writing is a complicated process, far too detailed to get in to here. I would suggest The Screenwriter’s Bible as the most reliable, effective, and detailed text for instruction. Basically, I wrote a good screenplay, using the narration and action sequences to weave a good read and (hopefully) a good watch.

A quick note on the twist at the end of Now Upon A Time. The twist was in Jes’s original pitch, and is not, strictly speaking, all that unique. One of the biggest movies of last year finished their teaser with an almost identical twist. But this is important! A twist doesn’t have to be unique. It just has to be correct and effective as a twist (and not plainly derivative). What is cool is that by choosing the fairy tale as our story style, the twist that was already there took on major new layers of meaning. Without the fairy tale aspect, the twist was just “huh, interesting” interesting. Now it has a weight that I think you rarely find in a piece this short or this fun.

And finally, the Soul. The fairy tale style alone brings lots of “Eternality” to the piece, but the twist adds extra layers of theme and meaning. It’s all these aspects combined that I think (and hope) will make Now Upon A Time a very memorable piece. And let’s face it, there is a reason that we remember and continue to gravitate to these stories that are hundreds or thousands of years old (and why we continue to make blockbuster animated films out of them).

Like the human body, a story cannot
live well without every part necessary.

Please: Leave us comments! Let us know what you think about the blog and the project, and tell us what you want to see or hear more about! Like we said in our first blog post, this blog is “about you almost as much as it is about us.” 😉 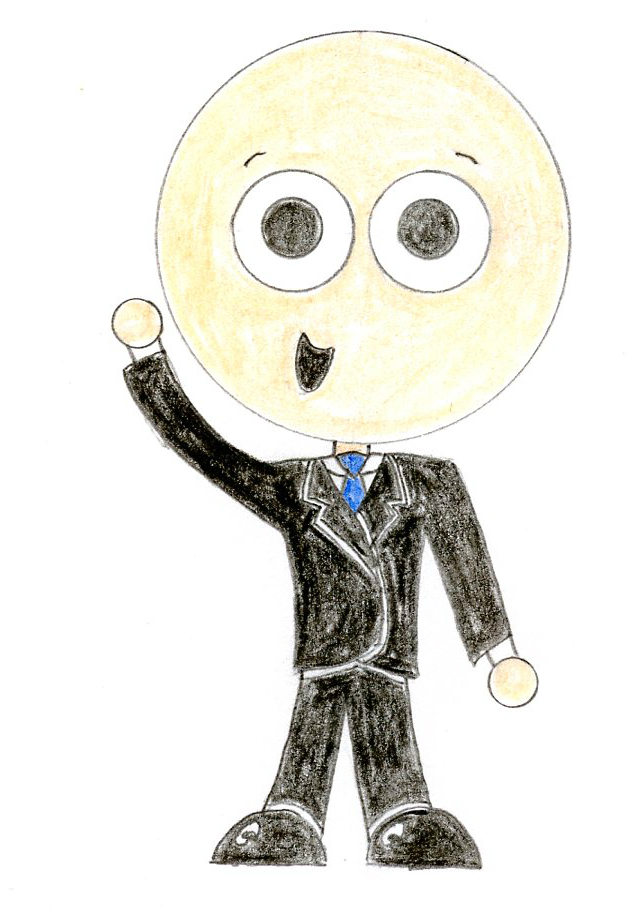